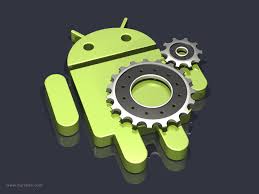 Where can you save, sync, and store your data from an Android device?

Have you ever wondered where else you can store photos, songs, data, and documents in the Cloud Services available?

While you’re setting up your Gmail, make sure you import contacts from any existing email accounts you already have:

The reason that this is so important is that when you’re getting started with setting up your Android phone, by telling it you have a Google account your contacts will all appear straight away and you won’t have to go through the hassle of inputting the numbers of all your contacts in to the new phone. As long as it’s synced properly, if you add/remove/edit contacts from your phone – the same alterations will be made to your Gmail contacts lists and vice-versa.

All of the following Android storage programs are about equal, and have no "real" single feature over the others

Create a Dropbox account. That’s the only advice you need on this matter! There’s many other photo storage services which also offer automatic sync between your phone and their websites, but Dropbox is just so much easier and better.

Click here to find your way to the Dropbox website. Once you create an account (for free), install the simple Dropbox software to your PC/Laptop and then install the Dropbox app (free) on your phone. You will be able to automatically synchronise photos between your phone and your PC/Laptop. I’ve tried and tested other services for photo and file storage, such as Evernote, Google Drive, Flickr, Panoramio, Photobucket, etc etc… but Dropbox is just so much easier and idiot proof in my opinion. What Dropbox does is store your photos and files in “the cloud”; you can even set your phone app to send every single photo you take instantly to your Dropbox account so you never have to worry about backing up your photo collection.

You can install Dropbox on as many devices as you wish, which means you take photos on a phone and view them on a tablet (including iPhone/iPad), or take photos on a tablet and view them on a PC, etc etc. If you’re worried about your account being hacked or going offline (both are highly unlikely!) then don’t despair – once you’ve installed the Dropbox software on your PC/Laptop, you can then click & drag your photos in to a folder located on your computer’s hard drive. Dropbox also allows you to save any file format from your computer which can then be accessed on your phone – word documents, PDF’s, spread sheets etc. 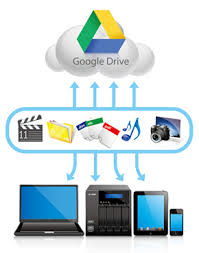 With one of the largest FREE storage spaces available, many Google users do not even know what their Google accounts can do beyond 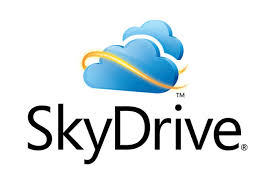 Microsoft? Yes!  You can use it for the same things as Dropbox, Sync, Amazon Cloud, Bitcasa, and so on. The advantage over the others - nothing really, it's just another storage device with a cetain amount of space in it.

Infinite Storage? No, but over 30gb's of free storage is not bad! 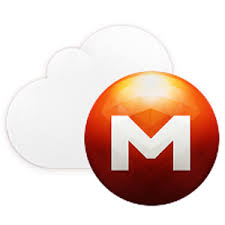 Mega. Have you ever heard of it? Well, with 50 FREE Gigabytes of storage for you to send up from your laptop and accessible on your Android device, you can run a complete music library from the cloud to your lap/desk top devices and android tablets to listen.

Not as much storage space, but it does allow you to sync up with your desktop

On your PC/Laptop – log in to your Google account, on the black bar across the top of the screen, click on Calendar. Set up a calendar and use this to enter your appointments and important dates. If you have added birthdays or other relevant dates to your Gmail contacts, they will appear on this calendar too.

Go to your phones calendar and sync this with your Google account. From now on, any appointments/tasks you add, edit or delete on your phone will also be added, edited and deleted on your Gmail calendar, and vice versa. The illustration here is from a Samung Galaxy – make sure your Gmail calendar is ticked and the rest are un-ticked, otherwise when you add new events or appointments on your phone they may go to the default “My Calendar” which won’t sync with your Google account.

There may be an Android device without a built-in calendar that doesn’t support sync with Google Calendar – if this is the case then go to your Google Play store and download the Google Calendar app, which will allow you to have a calendar widget on one of your home screens which you can use instead of your phones own calendar.

Evernote seems to be the choice of organiser for most smart phone users, and it is a top app which syncs nicely with its PC/Laptop software. I used this for a while, but I found Samsung S-Planner to be better and easier to use as it also syncs nicely with Google Calendar. Obviously this is only an option for you if you have a Galaxy Phone, I’m sure HTC, Sony etc have their own versions though so give them a go and compare them to Evernote to see what you prefer. Google recently jumped on the bandwagon with Google Keep – a post-it-note type of app which allows you to save reminders on your phone and also access them through Google Drive on your PC/Laptop. Google Keep seems handy enough for having a reminder posted on your phones home page, however it needs to develop more and maybe sync with Google Calendar to set dates/times for reminders and appointments before it competes with Evernote.

If you’re still using Microsoft’s Internet Explorer to browse the internet on your PC/Laptop, then stop! Download Google Chrome for your computer, log in with your Google account and use it as your primary internet browser, save your bookmarks accordingly. Make sure your phone has the Chrome app (you can get the app from the Google Play Store if it’s not pre-loaded on the phone). Again this is free and easy. Whenever you save bookmarks or view websites on your computer at home, these will also appear on your Android phone’s internet browser. Even if you prefer not to download Chrome, if you use Microsoft’s Internet Explorer at home or at work then make sure you’re logged in to Google when using Google to search anything or using Google Maps, as your Google search engine and Maps on your phone will show up with these details.